Silence grips the battlefield, the air thick with anticipation. Each man’s heart beats nervously as the clanking of armor and cold sharpened steel are the only sounds to be heard. The smell of smoke from the burning embers of early morning campfires drifts like a ghost through the ranks. The opposing forces stare menacingly from separate horizons across a great valley. The palpable presence of fear is suppressed as adrenaline begins to course through each man’s veins. Every soldier’s mind is burdened with the knowledge that death may be their fate. Even so, they prepare to fight. Suddenly, the general shouts a command. Trumpets blare. Feet and hooves begin to gallop forward. The battle has begun. 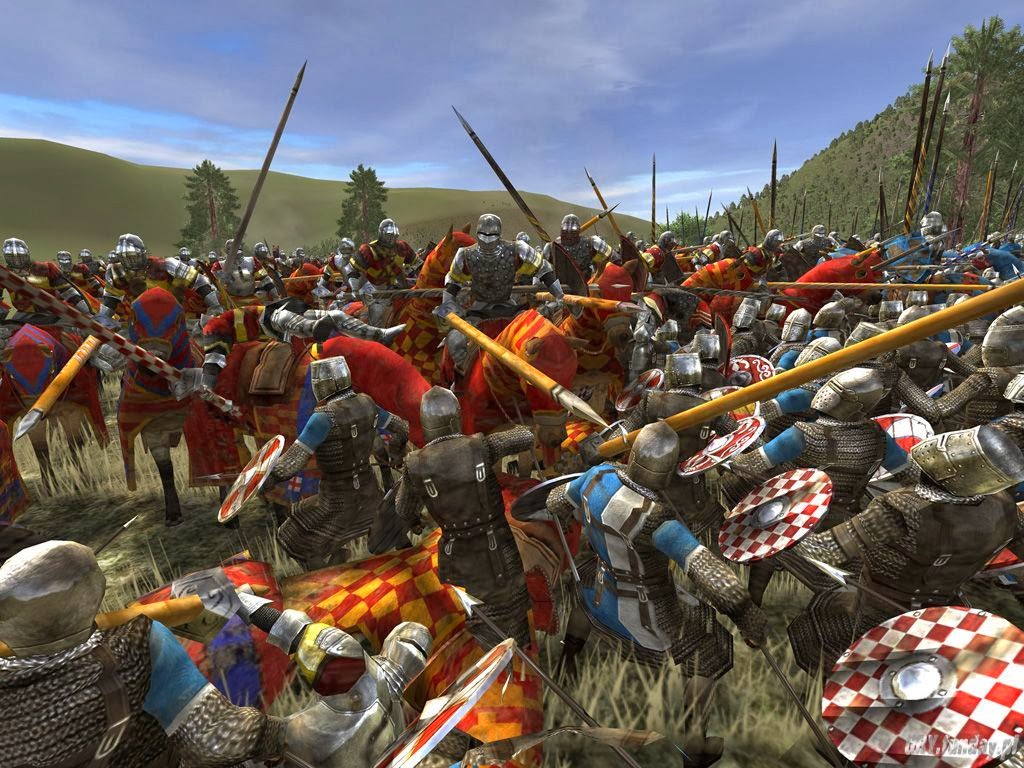 Moments later the armed forces meet violently in the center of the valley. Swords shimmer in the sunlight. Shields rise to fend off attack. The shouts of men in battle echo across the gorge. Some are bellows of great exertion as those who initiate an assault. Others are cries of terror wherever a foe has landed a crushing blow. Blood begins to spill. The pristine emerald foliage of the landscape is slowly dyed scarlet. Within minutes, the battle is over and the victor emerges from the scrum. The look of dreadful relief is evident on their faces. They have faced their fears, fought the enemy, and survived to tell the tale….

As you can tell, some of my favorite movies are war epics such as Braveheart, Gladiator, and Saving Private Ryan. These recent battle-scarred films have more vividly portrayed the brutality of war than Hollywood’s antiseptic versions of the past. When you see such a rough treatment of war on screen, where you can almost feel the intensity of violence, and hear the bullets whizzing overhead, it gives you a new appreciation for the bravery of real-life soldiers who have stepped onto the battlefield.

This kind of courage is rare. But it is necessary whenever you face a challenge in life. And whether the challenge is large or small, you have to be willing to take a risk and step onto the battlefield. French author André Gide is credited as saying: “A man cannot discover new oceans unless he has the courage to lose sight of the shore.” Often we are paralyzed by fear and do not venture out on a new journey, choosing rather to play it safe and keep sight of the shoreline. But it’s beyond the horizon, out into the unknown depths, that one finds adventure on the high seas. And if you never risk deep water, you never learn to swim!

Some people may assume that courage allows people to act fearlessly. However, a courageous person may actually be very fearful. But what separates them from cowards, is that the courageous forage ahead despite their fears. Courage is that character quality that allows people to ignore their fear and step out in faith anyway.

When I think of courage versus cowardice, there is no more striking example than the Old Testament story of Gideon. It is found in the book of Judges, chapters six and seven. God had called Gideon to lead Israel against their oppressor, the Midianite nation. Gideon was just a simple farmer. Not a warrior. Not a leader. Just a humble man of faith.

Still, God used him to rally 22,000 men to fight against their enemies from Midian. Unfortunately, most of these men were cowards. Given the chance to go home and avoid the battle, over half of them abandoned the cause and went back to the safety of their homes.  Gideon announced to them: “Anyone who trembles with fear may turn back and leave.” The Bible says that when offered the opportunity to quit, of the initial 22,000 recruits, only ten thousand remained. That means 12,000 chickened out. More than half of them were too afraid or not committed to fighting. And I believe this is comparable to modern day life.

Think about it, when faced with a difficult challenge, how many people actually accept responsibility and work to overcome it? I’m sure more than half would take the easy way out and avoid any conflict. Or, put another way, if offered an opportunity to succeed how many people are not fully committed to the cause and walk away? Again, more than half for certain, would pack up their bags and vanish. In both cases, fear overtakes the one who quits. And those who fight and succeed—they are the risk takers—the ones who act courageously.

The truth is, more than half the population plays it safe. Very few are willing to take risks. They would rather avoid failure than take a risk. But sometimes, avoiding risk is failure. Think about Gideon’s army. In the end, it was a small band of brothers—300 in all—who conquered Midian with God’s help. They experienced a miraculous victory and became national heroes when their foreign invader was finally vanquished. The rest of the original 22,000 missed out on the opportunity of a lifetime. Instead of heroes, they were zeros! They missed out because they let their doubts get the best of them. They did not commit to the cause and wilted for fear of failure. Instead of taking a risk, they panicked, took their toys and went home.


As difficult as it may be, the choice you make to achieve what you want in life, is to take a risk. Be brave. Cultivate a warrior spirit—the spirit of courage. Courage overcomes fear and is willing to risk. And you will never know the joy of success without first risking failure and courageously overcoming your fears.

UMC Team 1
We are a team of ministers dedicated to leading and overseeing multiple United Methodist Churches in the Maumee Watershed District of northwest Ohio.